Nobuo Sekine
Sensibility of a Rock

“I create works with the perspective of admiration for nature. I believe that my job is to convey the richness of nature to viewers.” Sculptures by Japanese artist Nobuo Sekine (b.1942- d.2019) defy gravity. Learn how he got the idea to elevate a rock – and make it fly. Read more …

“Even in the simplest structures, multiple landscapes or thoughts can be expressed,” says Sekine, whose work explores the encounter between natural and industrial materials, focusing on the interdependency of these elements and the surrounding space. His inspiration comes partly from Japanese landscape gardening, in which natural rocks feature as a main component. “One day, as one large rock that was on the ground was being moved and lifted into the air, at that exact moment, I had an epiphany that this action had changed the meaning of its existence and became a different entity. The experience translated into my work,” Sekine explains about ‘Phases of Nothingness’ (1970), the sculpture seen in this video, permanently installed in Louisiana’s sculpture park.

Nobuo Sekine (b.1942- d.2019) is a leading Japanese sculptor based in Tokyo, Japan and Los Angeles, USA. He is the recipient of multiple prizes and represented Japan at the 1970 Venice Biennial. His work has been shown at major art museums worldwide, including the National Museum of Art, Osaka, Japan, The Guggenheim Museum, New York USA, The Centre Georges Pompidou, Paris, France and the Louisiana Museum of Modern Art, Humlebæk, Denmark.

Nobuo Sekine was interviewed in his studio and on location in Los Angeles, August 2015. Questions by Christian Lund. 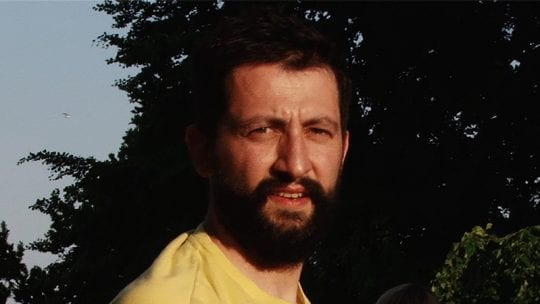 Yorgos Sapountzis
A Parasite in the Night