Meet Norwegian painter Olav Christopher Jenssen, who shows us around his studio and speaks about the inspiration behind his work. Read more …

”Painting fascinates me for several reasons. The circumstances of painting are quite clear. You can define a painting on a simple basis. The acceptance of these limits also defines the possibilities. Some pictures are good because they’re honest while they’re unfinished. But the honest picture will always be a good picture,” says Olav Christopher Jenssen, who built his studio in an old school in rural southern Sweden, where he spends most of his time with his family.

He speaks about the inspiration behind different series of work, for instance, the series called ’Since we all came from the same place’, made in 1994. “It was a stormy night. Hysterically stormy”, he says. He just kept on painting without caring about anything else. The circular in a large circle and each reflection in a way stopped time… You stop the passing of time,” he says.

“A pathetic way of saying it is that pictures somehow finish themselves. It sounds cryptic. But time also offers opportunities. This can be recognized in many other instances of life. The good picture operates in this field of perception.” “Different pictures require different approaches. I work on many different facets at the same time, but I still have a sense that the time-lapse I’m in affects everything at the same time.”

Olav Christopher Jenssen (b. 1954 in Sortland, Norway) is a Norwegian artist who lives and works in Berlin, Germany, and Lya, Sweden. He studied at the National Arts and Crafts School in Oslo (1976-79) and the National Academy of the Arts in Oslo, Norway (1980-81). From 1996-2006 he was Professor at Hochschule für Bildende Künste, Hamburg, and in 2007 he was appointed Professor at Hochschule für Bildende Künste, Braunschweig. Recent major solo exhibitions include Astrup Fearnley Museum, Norway (2019) KIASMA, Finland (2010), Kunstmuseum Brandts, Denmark (2009) and Kunstmuseum Bonn, Germany (2003). Jenssen also participated in documenta 9 (1992). He is represented in several significant public collections, including the Museum of Modern Art, USA, Moderna Museet, Sweden, Astrup Fearnley Museum, Norway, Statens Museum for Kunst, Copenhagen, Denmark, Centre Pompidou, France, Kunstmuseum Bonn, and The National Museum of Art, Architecture, and Design in Oslo, Norway.

Olav Christopher Jenssen was interviewed by Christian Lund in his studio in Lya, Sweden, in January 2022. 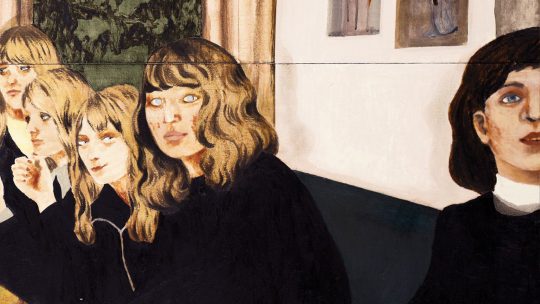 “You can only draw from your own well. It never runs dry.”

Mamma Andersson
Every Painting Is a Self-portrait 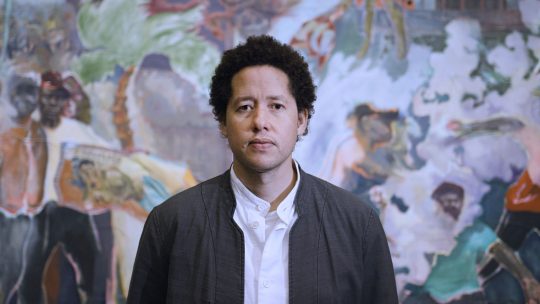 “Part of what I’ve always loved from the process of making is engaging in the imagination.” 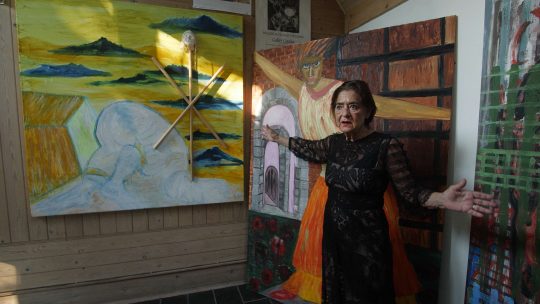 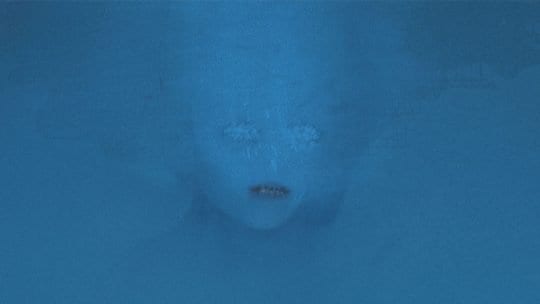 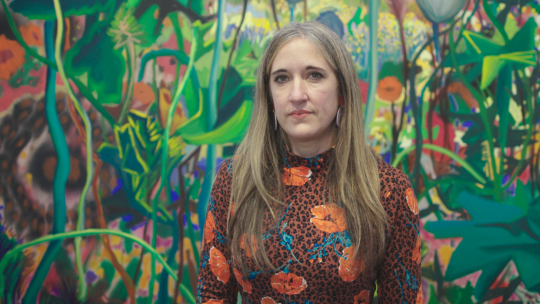 "The flowers can be overpowering and they are larger than us. They are taking over you instead of us picking them. It is taking back its control."

Shara Hughes
Wanna be there, but I am scared