Enjoy this vivacious onstage interview, where the renowned American writer Paul Auster talks about writing – in relation to his bestselling novel ‘4321’–, the divide in America, and puberty: “It’s a catastrophe, and at the same time it’s about the most thrilling thing that could ever happen.” Read more …

It took Auster more than three years to write ‘4321’, during which he felt he “was improvising the whole time.” He worked intensely every day, taking a break when he had finished a chapter, to go back and read the book from the beginning: “So I kept reading and revising, and fixing and refining as I was going along.” Though Auster stresses that the four parallel stories about the boy Ferguson in the book are not autobiographical, he acknowledges that there are geographical and chronological similarities and that he has gone back to some past experiences: “Because I am the laboratory for this book.” In continuation of this, he points out that “a novelist is not a puppeteer. You’re not manipulating your characters. You’ve given birth to them, but then they take on an independent life. I think your greatest requirement in writing fiction is to listen to what they’re telling you and not force anything on them that they wouldn’t do. They call the shots.”

‘4321’ is set in the U.S. in the 1950s and 1960s. A time affected by the “Red Scare,” the civil rights movement, the black power movement, and the Vietnam War: “It was like an axe going through the whole nation.” The same division, he continues, can still be found in America today. Auster shares how he changed the title of the book from ‘Ferguson’ to ‘4321’ due to a terrible event in the town of Ferguson, Missouri, where an unarmed black man was shot down by a white policeman: “It opened up a lot of old wounds and showed, again, how racially divided we are and have always been. And we’ve never been able to get beyond step one or two of the 28 steps we need to take.”

Paul Auster was interviewed by Kim Skotte on stage at the Louisiana Literature festival in Humlebæk, Denmark in August 2017. During the interview, Auster reads from his novel ‘4,3,2,1’ (2017). The book follows Archibald Isaac Ferguson, whose life takes four simultaneous but entirely different paths. 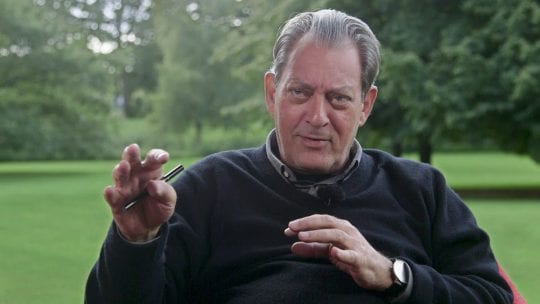 “I felt more alive doing this, than any other activity." 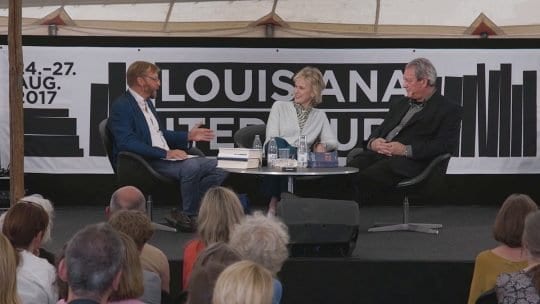 “A good writer builds up trust in the reader, and then you can go on all these long journeys with the writer.”