Hungarian Péter Nádas is a frequent contender for the Nobel Prize in Literature and widely regarded as one of the key European writers today. In this video, he uncovers his approach to writing, including why he conveys complicated things through a first-person narrator. Read more …

“I have spent my life between imagination and reality.” Nádas finds “the flatness” of reality uninspiring but important in the sense that you can set these real-life experiences in motion by adding imagination. He compares this back-and-forth between reality and imagination to “a ferry travelling back and forth from one riverbank to another.” Nádas – who writes by hand – places great emphasis on research, and feels that the goal isn’t about pretending it’s his reality, but about making it his reality: “If my reality, my imagination and my experiences do not come together at the same time then the whole thing is no good. Then it’s nothing.” He chooses to write about complex things, such as lovemaking, through a first-person narrator – both female and male – because he feels it is the only way he can accurately and authentically observe them: “Indeed it is harder. Because you are going against the great current of social superstitions. Swimming against that current. But that’s my job.”

Péter Nádas (b. 1942) is a Hungarian writer, playwright and essayist. Due to the content of his often surrealist tales, his work was banned from publication several times during the Communist rule in Hungary (Hungarian People’s Republic). Nádas is the author of ‘A Book of Memories’ (1986/ English translation 1997), which Susan Sontag called “the greatest novel written in our time.” Among his other books are ‘The End of a Family Story’ (1977/ English translation 1998) and the three-volume ‘Parallel Stories: A Novel’ (2005/ English translation 2011). Nádas is the recipient of numerous awards, including the Austrian State Prize for European Literature (1991), Prix du Meilleur Livre Étranger (1998), Franz Kafka Prize (2003) and Würth-Preis für Europäische Literatur (2014).

Péter Nádas was interviewed by Steen Bille at Rungstedgaard in Rungsted, Denmark in connection with the Louisiana Literature festival in August 2018.

“Then I start writing where it’s on fire."

Jan Kjærstad
How I Write a Novel 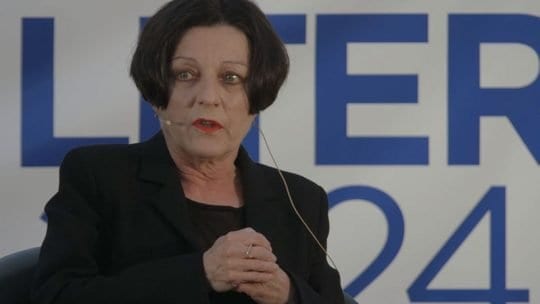