Philipp Meyer
Art is an Animal Inside Me

Acclaimed American novelist Philipp Meyer has had many failed attempts at writing, but feels lucky that he got to discover his literary voice in private. He here shares why he writes and what keeps him going: “It’s an animal drive to write or make art.” Read more …

“There is one goal. Only one thing that actually matters, and that is that you keep on writing. Whatever it takes to keep on writing. You lie to yourself in small ways. You lie to yourself in big ways.” Meyer worked in an investment bank for a couple of years, but soon started calling in sick so he could stay at home and write. Realizing that writing books was the only thing that really made him happy, he quit the bank, moved back to his parent’s place and did assorted part-time jobs – from driving an ambulance to remodelling houses – in order to have time to write. It took ten years of taking himself seriously as a writer before he found his voice: “The first book was terrible and the second mediocre.”

Meyer grew up in a rough run-down neighbourhood in Baltimore. His bohemian intellectual parents always struggled financially – his mother was an artist and his father a perpetual graduate student. This background inspired his first novel ‘American Rust’ (2009), which is set in an economically devastated Pennsylvania steel town, where desperation and the lost American dream flourishes: “That wasn’t quite my childhood, but it was the childhood of all my neighbours.”

Ignoring everyone else’s opinion of his work is key to Meyer: “Your ego has to be bulletproof,” he feels, quoting legendary musician and poet Leonard Cohen. Furthermore, praise and comparison to other writers can be as damaging artistically as someone saying you’re horrible, because it interferes with your own unique voice: “When you’re worried about what other people think, you’re done. You’re completely screwed.”

Philipp Meyer (b. 1974) is an American novelist. Meyer’s first novel, ‘American Rust’ (2009), won the Los Angeles Times Book Prize, and his second novel, ‘The Son’ (2013), was runner-up for the Pulitzer Prize in Literature and has been on the bestseller list in several countries. Meyer is the recipient of a Guggenheim Fellowship (2010), a Doie Paisano Fellowship (2010) and in the same year he was named one of The New Yorker’s 20 best writers under 40. He lives in Austin, Texas. Find out more about him here: http://www.philippmeyer.net/

Philipp Meyer was interviewed by Tonny Vorm in connection to the Louisiana Literature festival at the Louisiana Museum of Modern Art, Denmark in August 2014. 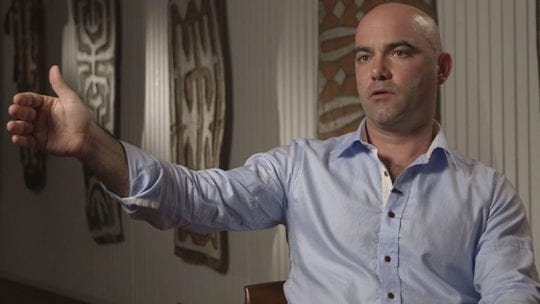 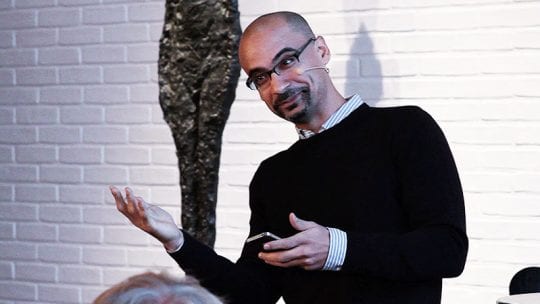