“You have to write about the thing you’ll be the world’s greatest expert in.” In this humorous conversation award-winning authors and friends Richard Ford and Colm Tóibín discuss each other’s work and exchange the secrets to prose writing.
Read more …

“I think writers have a duty to be silly when they’re not writing. And when they are writing, they have a duty not to be silly,” says Colm Tóibín in this in-depth conversation between two authors with intimate knowledge of each other’s work. American Richard Ford and Irish Colm Tóibín both teach writing at Columbia University in New York, USA, and here they discuss the differences in style, nationality and subject matter that divide them in a celebration of literature and writing. The authors also read from their novels ‘Let Me Be Frank With You’ (2014) and ‘Nora Webster’ (2014).

Colm Tóibín (b. 1955) is an Irish novelist, short story writer, essayist, playwright, critic and poet. He is the recipient of numerous prestigious awards including 2011 Irish PEN Award for his contribution to Irish literature. Tóibín has also been shortlisted for the Booker Prize several times. For more about him see: http://www.colmtoibin.com/

Richard Ford (b. 1944) is an American novelist and short story writer. Ford is the recipient of several prestigious awards such as the 2013 Prix Femina Étranger, the 1995 PEN/Faulkner Award and the 1995 Pulitzer Prize for Fiction.

The conversation between Colm Tóibín and Richard Ford was moderated by Synne Rifbjerg as part of the Louisiana Literature festival at the Louisiana Museum of Modern Art, Denmark, in August 2015. 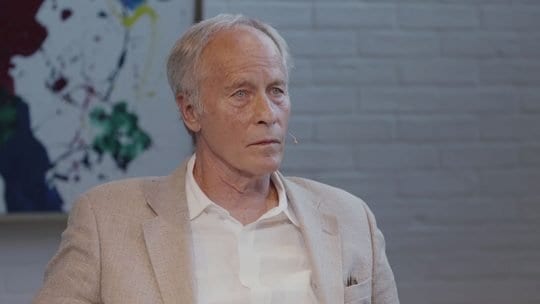