"That was very interesting for me, that the body and the soul is one in a print.”

Naked women as “human paintbrushes” in front of an audience, now considered landmark events in the history of performance art and “the most concentrated expression of vital energy imaginable,” according to the artist behind. In this video, Yves Klein’s widow and collaborator Rotraut shares what it was like to be part of the spectacular events, as a model working with the artist.
Read more …

“Many people understood and others thought it was just for show.” Rotraut describes how Klein invited the French bourgeoisie to come to his studio and see how he painted. Here they were met by Klein dressed in bow-tie and suit and several nude models, who after painting themselves blue, laid down upon a white canvas and made imprints of their bodies by moving to Klein’s ‘Monotone Symphony’ (a single note played for twenty minutes, followed by twenty minutes of silence), conducted by Klein himself. Rotraut feels that Klein changed the academic way of working with models in response to their frustration of not being able to participate actively. Moreover, by painting yourself blue, she argues, you feel clothed: “There’s no strange ideas or anything. It’s very beautiful and natural… it’s so spiritual and you are in another place when there is a birth of a piece of art.”

Rotraut very much enjoyed doing the body prints with Klein, and when she saw her first print, she felt as if her soul was in the painting: “And that was very interesting for me, that the body and the soul is one in a print.” When Rotraut did the body prints, it wasn’t’ a performance as much as a piece of art, and as it was her great wish to help Klein with his work, it was an incredible moment for her: “For me it was a great honour to be able to be on his side.”

Rotraut Klein-Moquay (b. 1938) is a German-French artist, known for her unique drawings and sculptures made out of marble, iron, aluminium, bronze, wood or plastic. She has participated in several solo and group shows since 1958 and her work is represented in numerous public collections in the U.S. and Europe, including Centre Georges Pompidou in Paris. Rotraut met and worked for French artist Yves Klein in 1958, subsequently marrying him in 1962 until his untimely death five months later. Rotraut is also the sister of German artist Günther Uecker. For more see: http://www.rotraut.com/en

Yves Klein (b.1928-d.1962) is a French artist and an important figure in post-war European art. Klein was a leading member of the French artistic movement Nouveau Réalisme founded in 1960 and a pioneer in the development of performance art, as well as a forerunner of minimal art and pop art, breaking down the boundaries between conceptual art, sculpture, painting and performance. The artist used blue as the vehicle for his quest to capture immateriality and the infinite, and the colour came to be known as International Klein Blue (1960). Among his most important works are his Monochromes (such as ‘Blue Monochrome’, (1957) and ‘Triptykon: Monopink (MP 16), Monogold (MG17), Monoblue (IKB 75)’ (1960)), Anthropométries (ca. 1958) (made by a nude model pressing herself against the canvas under his direction),  Fire Paintings (ca. 1961) (achieved by the controlled use of an open, dangerous flame on chemically-modified fields of paper.), ‘Leap Into the Void’ (1960), ‘The Void’ (1957) and ‘Blue Venus’ (1960). Moreover, Klein became an expert at judo, earning the highest honour in the martial art and spending fifteen months in Japan, before dedicating himself fully to art in 1954. For more see: http://www.yvesklein.com/en

Rotraut was interviewed by Christian Lund at the Louisiana Museum of Modern Art in Denmark in September 2018. In the video, Rotraut talks about Yves Klein’s ‘Anthropometries’.

All photos and works by Yves Klein in the video:

© Courtesy of The Estate of Yves Klein 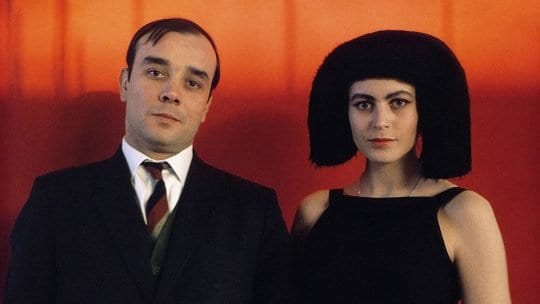 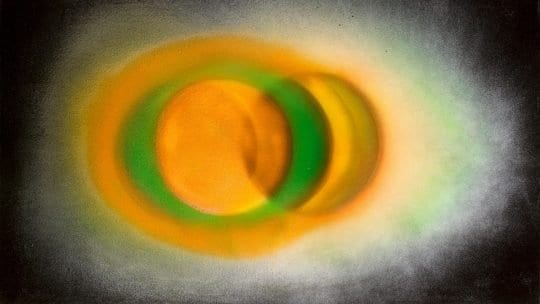 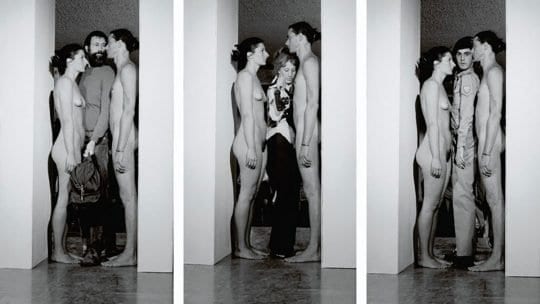 “If there were no artists, there would be no museums, so we are living doors.”

Marina Abramović & Ulay
A Living Door of the Museum