"I need to understand at all times the distance between him and me."

“I’ve always found that the things I find the most intimidating end up being the most intellectually satisfying. And so I wrote a book called ‘Hunger’, about what it means to live in a fat body in a world that is not at all hospitable to fat bodies.” Enjoy this video with the acclaimed American writer Roxane Gay, who gives a compelling reading from her New York Times bestselling memoir. Read more …

Roxane Gay begins by reading a humorous piece about the legendary American television personality Mister Rogers (Fred Rogers, 1928-2003). She then proceeds to read two chapters from ‘Hunger – A Memoir of (My) Body’ – one about her hatred of exercise, and the other about googling and finding one of the men, who raped her, when she was only 12 years old.

Roxane Gay (b. 1974) is an American writer. She is the author of several books including ‘Ayiti’ (2011), ‘An Untamed State’ (2014), ‘Bad Feminist’ (2014), ‘Difficult Women’ (2017), and ‘Hunger – A Memoir of (My) Body’ (2017) in which she uses her own emotional and psychological struggles as a means of exploring our shared anxieties over pleasure, consumption, appearance, and health. She is also the author of ‘World of Wakanda’ (2016) for Marvel. Moreover, Gay is a contributing opinion writer for the New York Times, and her writing has appeared in Time, The Los Angeles Times, The Rumpus and Tin House, among others. She is the recipient of several prestigious awards including two 2018 Lambda Literary Awards – the Trustee Award and for Bisexual Nonfiction (‘Hunger’). For more see: http://www.roxanegay.com/ 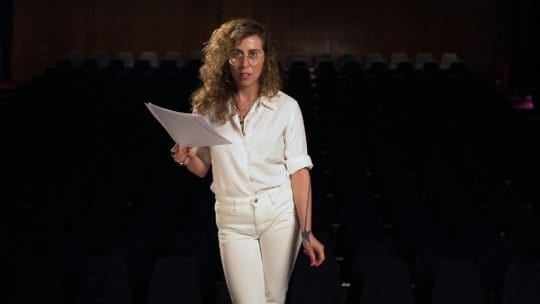 "I saw how I was held by the reflection."