“Architecture should thrive like a plant.” Gain insight into the philosophy of a frontrunner in sustainable architecture, Japanese architect Hiroshi Sambuichi, and hear how he created some of his unique, site-specific buildings. Read more …

Sambuichi lived close to nature as a child, at the Seto Inland Sea, and feels that this proximity developed his love of the water, the wind and the sun – elements which are crucial in his work: “The idea about buildings becoming one with the place really makes me happier than anything else and it probably originates from the experiences I had then.” It was thus a great honour for him, when he was asked to build an observatory in his home region. The theme he chose – for what was to become Mount Misen Observatory – was the Japanese expression ‘za’: to stop movement, find peace in your heart and see: “Instead of seeing moving things while you move, you see the moving things much better when you stop moving. If you sit down and watch the Seto Inland Sea it will be so beautiful.”

“The building should be dressed in soft rime.” When he was to build Rokkō Shidare Observatory (at a height of 1000 meters, making it the highest situated of all his buildings) perched on the top of Mount Rokkō in Kobe, Japan, Sambuichi studied the different states of water for a year. He wanted the building to become part of the surroundings and to avoid “forcing a building in modern materials upon nature.” The distinguishing outer frame of the building is composed of an intricate structure of wooden sticks within hexagonal frames. These frames are designed to attract frost in the winter, making them resemble large snowflakes. As a result, the observatory almost looks like an extension of the hill and reflects the most  beautiful aspects of the place: “I take something that people already like and make them even more aware of it.” In continuation of this, Sambuichi doesn’t feel that his architecture enhances the surroundings but rather makes people appreciate them more.

“It is an art museum where everything is operated by nature.” For Inujima Seirensho Art Museum, Sambuichi chose to use only energy from the sun, wind and air, making the museum independent from the economical issues, which had affected the island of Inujima for years. The result was a unique museum where “the air is showing you around.” Moreover, the museum is so far as possible built from material, which was already there – e.g. blocks of slag found around the coast and an old chimney – combined with the moving materials of sun, water and air.

“It’s not as if I reject the splendour of technology. But it creates an architecture where you have to inject energy. But there is already plenty of energy there to use.” If a building is to exist for a long time, it has to fit the environment – “thrive like a plant” – and become one with the Earth’s cycle: “If new and young architects would think like that, the architecture in about one or two hundred years will grow like forests and become beautiful cities.”

Hiroshi Sambuichi (b.1968) is a Japanese architect, who is considered one of the top experimentalists of sustainable architecture, creating a symbiosis between nature and architecture. Built upon both personal  intuition and scientific investigations, his architecture attains a rare balance between poetics and science. In 2001 Sambuichi established Sambuichi Architects. He is currently an Honorary Professor at the Royal Danish Academy of Fine Arts, School of Architecture. In 2017 he was awarded the Wallpaper* Design Award for Naoshima Hall.

Hiroshi Sambuichi was interviewed by Christian Lund at Møstings Hus in connection with his installation ‘The Water’ at the Cisterns in Copenhagen, Denmark in March 2017. 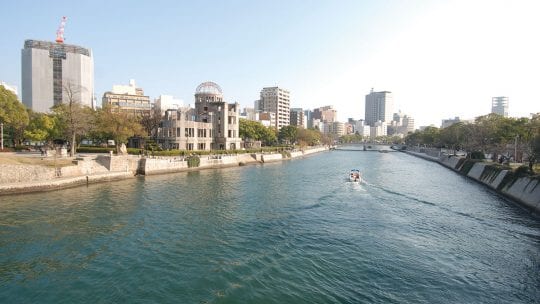 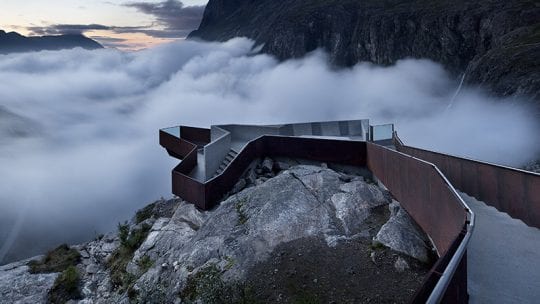