Legendary artist Sheila Hicks about Sonia Delaunay that she met at a very early stage of her career. Read more …

“Mighty powerful and mighty brave. The way she uses intense black and intense white and the colors swim within those ranges. In my work, I am reluctant to go to the range from intense black to intense white. I try to make magic in between. Delaunay has another kind of approach, which is really: Let the colors crash and see what happens. Thank god someone saved her work. It’s wonderful.”

Sonia Delaunay was born into a Jewish family in Odessa, Russia (now Ukraine), as Sara Élievna Stern. Her parents gave her up for adoption to her mother’s well-off brother, Henri Terk, in St. Petersburg. She spent her childhood immersed in art and art books, took French, German, and English lessons, and went on European vacations with her family.

At age 18, she moved to Karlsruhe, Germany, to attend art school. A few years later, she went on to Paris to continue her education surrounded by the latest trends in the world centre of modern art. Delaunay briefly explored figurative painting, but above all, she cultivated colour in abstract compositions, in painting and design, from 1911 and up to her death in 1979, at age 94.

In 1910, Sonia Terk married Robert Delaunay (1885-1941), a painter her age. The two artists worked closely together in an ongoing exchange of artistic ideas until Robert’s untimely death in 1941. Sonia and Robert Delaunay had a vast network across the European and Russian art scenes. Their home in Paris was a meeting place for avant-garde artists and writers before and after World War I. Sonia and Robert worked closely together to develop a visual vocabulary based on rhythmic compositions of coloured planes – a colourful take on Cubism that their friend, the influential poet Guillaume Apollinaire, dubbed Orphism. Personally, Sonia Delaunay preferred the term Simultané, which even became a trademark and brand for her design and fashion work. Dynamic colour interaction was foundational to all of Sonia Delaunay’s work. Moreover, she was concerned with the interaction between different art forms, especially between the experimental poetry and the abstract vocabulary of her day.

Sonia Delaunay was among the pioneers in developing and disseminating abstract art in the 1910s. She did not work with painting only but swung freely between isms and roles across the boundary between “art” and “craft”, both as an avant-gardist and an entrepreneur and was a forerunner of contemporary experimental collaborations in art and design. Linking abstract art and fashion, she helped compose the modern woman of the 1920s while embodying one herself in her lifelong artistic project to connect the new abstract vocabulary with vibrant modern life. For too long, her diverse practice excluded her from the modernist canon, primarily focused on the development of abstract painting and the differences between the isms, whilst Delaunay had a foot in many camps.

Sheila Hicks was born in Hastings, Nebraska and received her BFA and MFA degrees from Yale University. She received a Fulbright scholarship in 1957-58 to paint in Chile. While in South America, she developed her interest in working with fibres. After founding workshops in Mexico, Chile, and South Africa and working in Morocco and India, she now divides her time between her Paris studio and New York. ​

Hicks has exhibited internationally in both solo and group exhibitions. She was included in the 2017 Venice Biennal, 2014 Whitney Biennial in New York, the 2012 São Paulo Biennial in Brazil. Recent solo presentations include Lignes de Vie at the Centre Pompidou in Paris in 2018, Free Threads 1954-2017 Museo Amparo, Mexico, Pêcher dans La Rivière at the Alison Jacques Gallery, London (2013). A major retrospective Sheila Hicks: 50 Years debuted at the Addison Gallery of American Art and travelled to the Institute of Contemporary Art, Philadelphia and the Mint Museum, Charlotte, NC.

Other videos in this series: On Sonia Delaunay 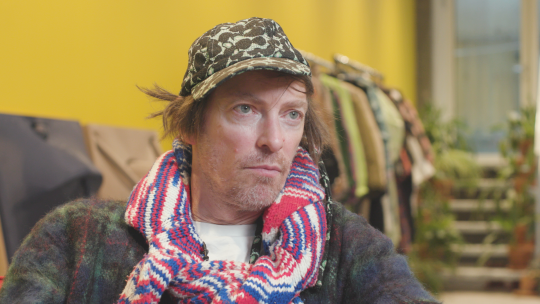 ”She didn’t bring the canvas; she’s wearing it.” 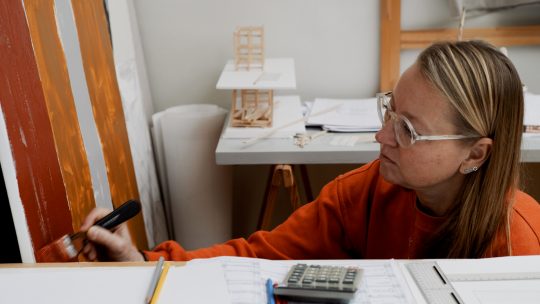 “Her experiments with color and the use of color show me that there are no limits."