“I think physicists and poets are not as different as we like to think. The same unconscious processes are at work in both.” Watch award-winning writer Siri Hustvedt on getting into neuroscience at a late age, and how art and science benefit from each other. Read more …

Hustvedt shares how fiction and non-fiction interact: “I now have a very interesting double life between doing scholarly work and writing fiction.” Her memoir ‘The Shaking Woman or A History of My Nerves’ became an important book in neurology medicine, and she started getting requests to publish in scientific journals. Reading neuroscience literature, Hustvedt became aware of the gap between the physiological and the psychological – “the mind-body problem” – which she then explored not only through her non-fiction, but also through her novel ‘The Blazing World’. She feels that there is more and more conversation between the disciplines of art and science, the humanities and the sciences, though there is a tendency to value science more: “But without theory the data is meaningless… and how we interpret is also the business of philosophy and the humanities and the arts.” If people are able to adopt multiple perspectives on a problem, they will also be able to solve problems better in their own work. In other words, Hustvedt advocates that people from different fields learn from each other in order to avoid getting stuck.

“I have the feeling that the book knows more than I do. That I am in service to the book rather than the other way around.” For Hustvedt, the experience of working on a book is a clearly unconscious process, which is in no way improved by trying to control it. This is not only the case when she is writing fiction, but also non-fiction, and she adds that scientists like Albert Einstein also claimed that intuition played an important role in their work.

Siri Hustvedt was interviewed by Anette Dina Sørensen at Hotel Rungstedgaard in Denmark in connection with the Louisiana Literature festival at the Louisiana Museum of Modern Art, Denmark in August 2017. 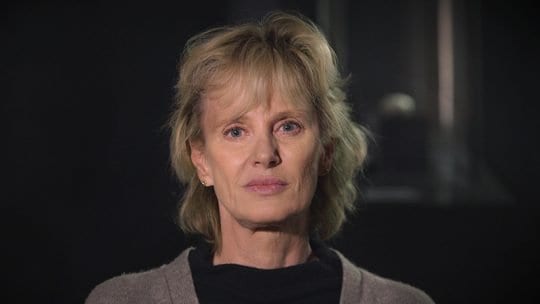