When British photographer Stephen Gill moved to rural South Sweden from London, he longed for a new beginning and a re-discovering of his love of image-making. He started as a kid again by inserting night cameras in the forest and discovered a world teeming with life, resulting in a series, where “Nature was taking control”. Read more …

When Stephen Gill and his family moved to Sweden, he felt like starting again. He was tired of sitting with a computer, and his love of images and making pictures had started to get suffocated by everything around it. “Just before I moved to Sweden, I said to myself that “either I am going to quit photography altogether, or I am going to start literally from zero. As if starting as a kid again making work for the first time”. Gill would focus on the most basic printmaking as far away from a computer as possible, “very physical and tactile”. And knowing that when he moved to Sweden from London, that Nature was going to play a very big part in his work, he “also knew that my imagination would have to work much harder: In London, it is visually so overwhelming and you are filtering out, but here this bleak flat open land, I knew I would have to extract something that wasn’t on the surface.”

Often Gill would walk in daylight hours and would see tiny clues suggesting intense activity, like half-eaten mushrooms or footprints and turnovers, “so I started to sense there is such an intensely active life here, and during daylight hours it vanishes. It intrigued me to try to step into this nocturnal world, this intensely busy world, this idea that whilst we are sleeping there is this other world. And this led me to start the series called Night Procession.”

“I started often during daylight hours to the forest to position remote cameras and excitedly go back the next day and see what happened. And again, to my surprise on every square meter, there was so much activity.” Gill lived in cities all his life: “I didn’t want to arrive in Nature and say I want to make a body of work, I wanted Nature to inform me. I wanted Nature to guide my work, and in a way, I was just helping it along, but I was sort of half stepped out and nature was taking control of the whole body of work”.

Stephen Gill’s (b. 1971, Bristol, UK) photographs are held in various private and public collections and have also been exhibited at many international galleries and museums including London’s National Portrait Gallery, The Victoria and Albert Museum, The Museum of London, Agnes B, Victoria Miro Gallery, Christophe Guye Gallery, Sprengel Museum, Tate. 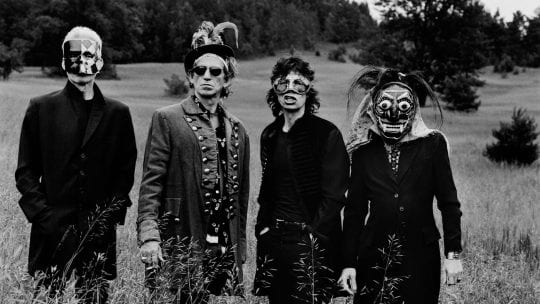