Susan Hiller
Stories from the Other Side

A cascade of voices belonging to people who have been declared physically dead, but lived to tell the story, comes together in a ghostlike installation of 104 screens. Experience the intriguing art installation by the influential American artist Susan Hiller (b.1940 – d.2019). Read more …

‘Channels’, the installation artwork Hiller discusses, centres on death and near-death experiences. The 104 television screens, which the artwork consists of, are programmed with visuals in shades of blue – echoing the “screen of death” in computer terms and the “stand-by screen” in TV-terms – and a myriad of voices belonging to people who have had near-death experiences. The result is fascinating and somewhat uncanny.

Hiller is interested in investigating certain occurrences, such as near-death experiences, which have become subject to ridicule and even embarrassment: “The point is that the stories are there, and it’s worth looking into them.” The incidents furthermore seem to contradict the common belief that the brain is a source of consciousness or reality.

Susan Hiller (b.1940 – d.2019) is an American London-based artist. In the early 1980s she began to make innovative use of audio and visual technology. Her ground-breaking installations, multi-screen videos and audio works have achieved international recognition and are widely acknowledged as a major influence on younger British artists. Hiller’s works are based on specific cultural artefacts from our society, which she uses as basic materials. With a practice extending over 40 years, she has been recognized by mid-career survey exhibitions at London’s Institute of Contemporary Arts (1986), Tate Liverpool (1996) and Tate Britain (2011). For more about Susan Hiller see: http://www.susanhiller.org/

Susan Hiller was interviewed by Kasper Bech Dyg in connection to her exhibition ‘Channels’ at Den Frie Centre of Contemporary Art in Copenhagen, February 2015. 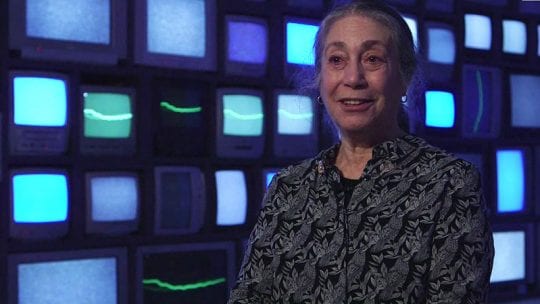 Susan Hiller
Advice to the Young