“There’s very often a story behind the story.”

In this visually captivating video, the award-winning writer and photographer Teju Cole talks about – and reads from – his work of photography and texts, ‘Blind Spot’, which sprung from a period of semi-blindness: “So this is a book about the limitations of vision… when we’re looking at the world, there’s so much that we’re missing.” Read more …

In the video, Cole shares how he woke up one morning and was blind in one eye, which after many examinations turned out to be caused by the ‘Big Blind Spot Syndrome’. He eventually recovered, but the experience changed how saw things as a photographer: “It really did become sacred. This intensity of looking at the world, and looking really closely, and photographing things that were not exciting, but things that were sort of washed with presence, with light.” This resulted in the project that was to become the book ‘Blind Spot’ (2017), in which the focus is on “the moment held in one’s attention.”

“Photography is a different kind of miracle. You can’t go back and fix it. You can’t go back and do it. You have to take it in that moment, and then it emerges as a kind of collaboration with what is given by the world.” Cole, who is also a photography critic, wanted to avoid talking over the photos in the same way that he might write an essay about a set of pictures, but rather do something similar to voiceovers. There would be the image, the words and a third thing that could happen in the meeting between them: “So this book is sort of like 150 of these pairings around the idea of a blind spot. It’s not an explanation of the picture you’re looking at.” Moreover, Cole feels that “the human presence has a way of activating and foreclosing the possibilities”, whereas e.g. a room, a landscape or an object speak to us in a different way and leaves the meaning open for interpretation.

Teju Cole is a writer and photographer, born in the U.S. in 1975 and raised in Nigeria. Cole is the author of several acclaimed books: His novella ‘Every Day is for the Thief’ (2007) was named book of the year by the New York Times, the Globe and Mail, NPR, and the Telegraph, and was shortlisted for the PEN/Open Book Award. His novel ‘Open City’ (2012) won the PEN/Hemingway Award, the New York City Book Award for Fiction, the Rosenthal Award of the American Academy of Arts and Letters and the Internationaler Literaturpreis. ‘Blind Spot’ (2017), a genre-crossing work of photography and texts, was named one of the best books of the year by Time Magazine. Cole is also the photography critic of the New York Times Magazine and the Gore Vidal Professor of the Practice of Creative Writing at Harvard University. His photography has been exhibited worldwide. For more see: http://www.tejucole.com/

Teju Cole was interviewed by Tonny Vorm in connection with the Louisiana Literature festival in Humlebæk, Denmark in August 2018. In the video, Teju Cole talks about his book ‘Blind Spot’ (2017).

Cover photo: Cropped version of ‘The Forest of the Cedars of God’ from ‘Blind Spot’ (2017) by Teju Cole 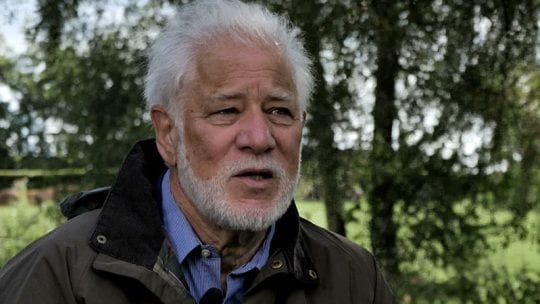