Film director Thomas Vinterberg talks about his inspiration from Ingmar Bergman, in particular one farting-scene in ‘Fanny and Alexander’ which has inspired him in his work, not least in his famous ‘The Celebration’. Read more …

In this interview Danish film director Thomas Vinterberg (director of ‘The Celebration’, 1998), who won a 2012 Cannes award for the film The Hunt, talks about the ‘farting uncle’ in Swedish director Ingmar Bergmans four-part TV movie Fanny and Alexander (1980), and how he feels this scene is a symbol of the finest art of film making. Silly scenes can be very memorable and they are an example of how movies can capture life, he explains. There are other reasons why he is such a fan of Fanny and Alexander, one of which is that the family is the epicenter of important emotions such as love and claustrophobia. “A family is always a very ritualized organism” Vinterberg says. “Families also implies past” and is the only institution which you don’t choose yourself.

Vinterberg also explains how he tries to make his films naive, to see things through the eyes of a child, in order to create a straight honest vision of the world. The grown up characters in his films are often childlike, unreflected and irrational, driven by their emotional life. Irrationality is a great tool in filmmaking, Vinterberg says.

Ingmar Bergman has been a huge inspiration to Vinterberg, who was lucky enough to meet him and get his advice. Vinterberg says he has stolen a lot of stuff from Bergman – for instance a scene in The Celebration – and adds how Bergman also admitted to having copied scenes from other filmmakers. “It’s all done in admiration” Vinterberg says. 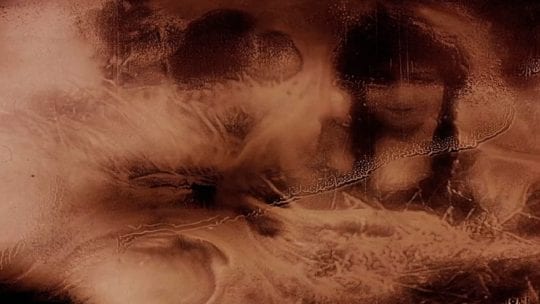