“Jorn was the one, who brought together all these artists.”

“He was really someone, who was connecting a lot of dots,” says Belgian artist Vincent Meessen of one of the most influential figures in twentieth-century Danish Art, Asger Jorn (1914-1973). From his studio in Brussels, Meessen talks about the pivotal role Jorn played in the avant-garde group Situationist International. Read more …

Meessen feels that – in connection to his central role in the COBRA movement and the Situationist International – Jorn raised the discourse and the discussions on art and pushed “the criticality and the importance of architecture, and the connection between art and architecture.” Apart from painting, Meessen explains, Jorn also produced a lot of theoretical texts and had an excellent sense of community and the strength in collaboration: “You become more intelligent, you become more effective, you become more powerful. And he had a very good understanding of that.”

Vincent Meessen (b. 1971) is a Belgian artist. His work draws on history, assembling printed objects and architectural elements to challenge conventional narratives and stir conversations about the present. Meessen has presented his films and artworks in museums around the world, including the Centre Georges Pompidou in Paris, Kiasma in Helsinki and Lincoln Center in New York. He has also participated in the Chicago, Venice, Shanghai, and Taipei biennials.

Asger Jorn (1914-1973) is a Danish painter, sculptor, ceramic artist and author, who is considered one of the most important figures in twentieth-century Danish art and European post-war art. Jorn was a founding member of the avant-garde movement COBRA (aka. CoBrA) (European avant-garde movement active from 1948-1951) and the Situationist International (a group of artists and intellectuals who were concerned with the role of art in the consumer society and the experience of the modern city, active from 1957-1972). His work is exhibited in prominent museums all over the world.

Vincent Meessen was interviewed by Roxanne Bagheshirin Lærkesen in his studio in Brussels, Belgium in February 2020. 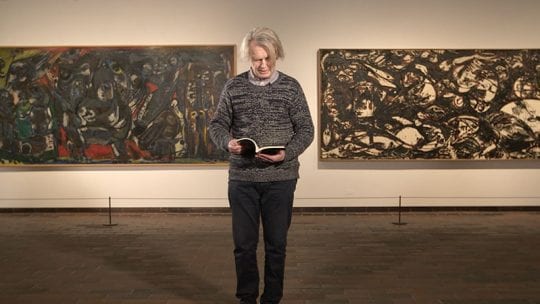