“Writing is all shame.” Zadie Smith – often referred to as “the superstar of British literature” – here talks about how shame can be used to “propel you on to something,” and why one must try to understand where people’s rage is coming from. Read more …

On the subject of ‘shame’, Smith feels that there is a positive element to it, as being shameless is very dangerous: “In America, our president at the moment is a shameless person.” She finds that shame can even be productive and that writing is an entirely shameful practice: “Who are you to write 400 pages about anything? Why should anybody have to read them? Every moment of it is shameful.” In continuation of this, revisiting your early work isn’t an easy thing for her: “It always feels quite distant, partly because when you’re writing it’s such an obsessive thing, and then when you’re done it’s like pushing something out of your body you don’t want to be involved with anymore.” Moreover, as “writing is wonderfully solitary” and many writers are quite introvert, it is the act of performing that prevents them from excelling in other things that they may be good at: “I think writing gives the most possibility of improvement. I was never going to be Stevie Wonder, no matter how hard I tried, but with writing you can get better.”

Smith argues that it is important to try to understand how the rage of the right-wing increased during the eight years, where they were the ones with a president they couldn’t relate to: “I think you have to think of emotions as real even when they’re extremely alien to you.” Rather than being overwhelmed with anger at extreme opinions, one must try to conceive of it: “I feel the rage, but my rage matching their rage is pointless. I think it’s more interesting to think about what it is about white people that find the idea of any collectivity that excludes them so upsetting.” Smith finds that insecurity, jealousy and “a kind of vanity that you should always be included in all things” are at the root of this rage. But it’s okay if things aren’t necessarily about you: “Why do you turn that moment of mystery, where you’re not sure what’s going on, immediately into rage?”

Zadie Smith was interviewed by Synne Rifbjerg in August 2017 in connection with the Louisiana Literature festival in Denmark. 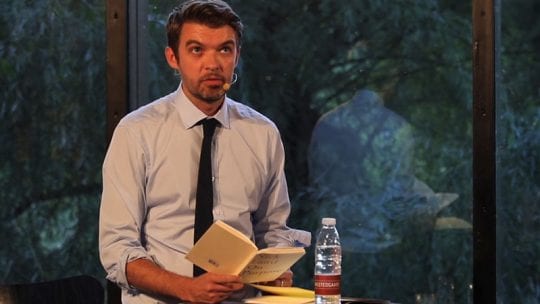