In a time where consumerism only seems to be growing, it is inspiring to observe these six artists – such as Tara Donovan and Piet Hein Eek – who have made discarded, everyday materials the centre of their work. Watch their approach to re-using materials. Read more …

“The materials wait to be used again.” British sculptor Phyllida Barlow (b.1944) uses materials from her former sculptures – from their experimental stage. To Barlow, sculpturing is not about perfection but about recovering lost moments.

Flexibility is key to American artist Elliott Hundley (b. 1975), who uses materials he’s found washed up on a beach in his artwork. Wrapping paper, rocks and beads are all part of a magnificent collage pieced together by chicken wire and straight pins.

“In a way the artist works with remnants, society’s remnants.” Danish poet, writer and artist Morten Søkilde (b. 1974) dubs himself “a thing-finder” and uses these things he finds on e.g. the street to create his poetic, dream-like miniature models. When re-using materials in such a manner, there are suddenly infinite possibilities, and one’s own ideas are the only limitation.

American fabric sculptor and performance artist Nick Cave (b. 1959) describes his art as “a second skin that hides gender, race, class.” An array of discarded materials makes up his artwork, and he often frequents thrift stores and flea markets, searching for something “that has a pulse to it” and can be the beginning of something new.

“It always starts with material,” says Dutch designer Piet Hein Eek (b. 1967), who uses e.g. scrap wood to build furniture – his goal being to optimize and take maximum advantage of the things around him. Starting out, people thought he was crazy to use leftover-material, but his approach has now set a new trend.

American artist Tara Donovan (b. 1969) was initially drawn to everyday materials – such as straws – because they were easily accessible, inexpensive and mass-produced. She works to the point where the flexible material, which makes up her magical sculptures, transcends itself, thus creating a sort of artistic structure. 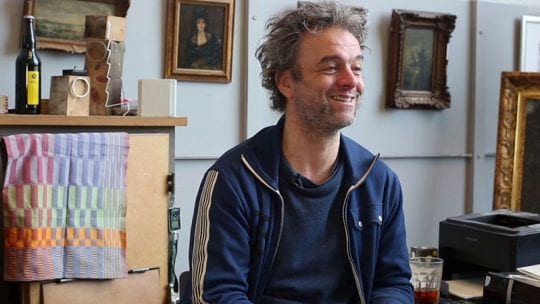 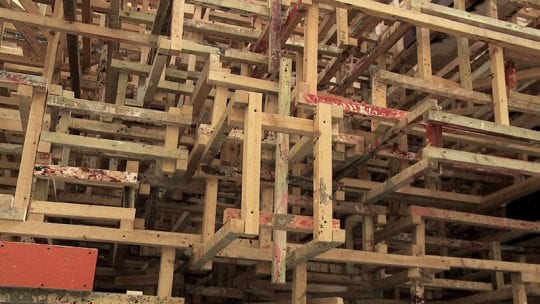