Hans Magnus Enzensberger is considered an institution in German intellectual life with a great and diverse literary output. Watch the celebrated author in this video interview about digital surveillance and being an analogue person. Read more …

Hans Magnus Enzensberger (b. 1929) is a German writer with a great literary output ranging over poetry, essays, non-fiction, theatre, plays, opera, radio montages and children’s books. Among his most recent publications is his first book of memoirs ‘Tumult’ (2014), about the watershed years 1963-1970, which was widely praised. Enzensberger is also an editor (e.g. of the prestigious book series Die Andere Bibliothek) and has translated numerous poetry collections. He is the recipient of several literary awards, including a special Lifetime Recognition Award in 2009 given by the trustees of the Griffin Trust for Excellence in Poetry, which also awards the annual Griffin Poetry Prize.

Hans Magnus Enzensberger was interviewed by Marc-Christoph Wagner in connection to the Louisiana Literature festival at the Louisiana Museum of Modern Art in August 2015. 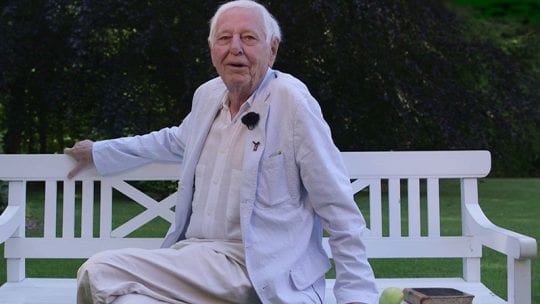