“Everyone has a novel inside. Not everyone writes that novel, thank goodness.” Sit back and enjoy this honest and in-depth interview with one of Europe’s great socially engaged intellectuals – German author Hans Magnus Enzensberger. Read more …

86-year-old Enzensberger, who has lived through the Third Reich and World War II, has remained a non-ideological person: “I lack the ability to put faith in things. Anything that ends in ‘ism.’ You have to take a closer look. What are we dealing with here? It often turns out that it doesn’t correspond to reality.” In connection to this, the issue of digital surveillance upsets Enzensberger. He feels that it has also become an ideology, and that “all that Facebook nonsense” is just another way of making money: “I enjoy being analogue. I eat in an analogue fashion. I sleep in an analogue fashion. I love in an analogue fashion. I don’t love digitally. I don’t need that. Maybe I’m just old hat.”

Enzensberger reflects on how works published in the 1960’s – including his own – reflected a great hunger and desire for change: “German society had to be re-established. It was no longer viable… And that can’t be accomplished quietly. It comes with all sorts of labour pains so to speak.” Writing his autobiographies, he came up with the idea of confronting an older gentleman with a younger man in order to maintain the honest perspective of the young man he once was: “There’s a fine line between autobiography and lies.”

Hans Magnus Enzensberger (b. 1929) is a German writer with a great literary output ranging over poetry, essays, non-fiction, theatre, plays, opera, radio montages and children’s books. Among his most recent publications is his first book of memoirs ‘Tumult’ (2014), about the watershed years 1963-1970, which was widely praised. Enzensberger is also an editor (e.g. of the prestigious book series Die Andere Bibliothek) and has translated numerous poetry collections. He is the recipient of several literary awards, including a special Lifetime Recognition Award in 2009 given by the trustees of the Griffin Trust for Excellence in Poetry, which also awards the annual Griffin Poetry Prize.

Hans Magnus Enzensberger was interviewed by Marc-Christoph Wagner in connection to the Louisiana Literature festival at the Louisiana Museum of Modern Art in August 2015. 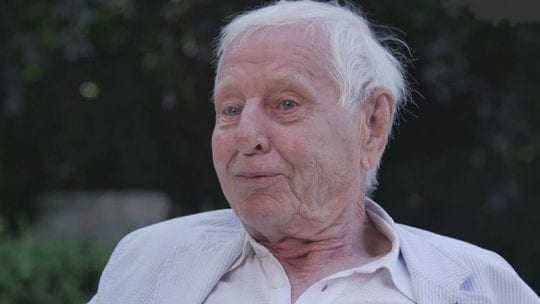 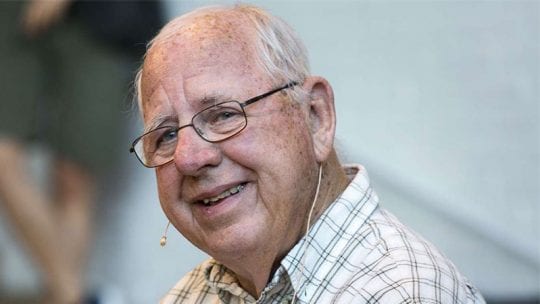 Klaus Rifbjerg
A Little While Longer