Simon Littauer
You Have To Be Present

"I think the best composers are the ones who can make simple things. I’m very inspired by artists that find a musical language of their own."

Meet Danish electronic musician Simon Littauer to talk about using his intuition to connect with an audience and why he believes the quality of music should never be judged by how impressive it sounds. Read more …

“Music doesn’t have to be difficult to make. I think the best composers are the ones who can make simple things. I’m very inspired by artists that find a musical language of their own,” Littauer says. He writes and performs on his modular synthesiser, an instrument without keys, where the synth sounds are constructed entirely without presets. The musical language he has cultivated himself is dynamic, fragmented, and layered, but always with a consistent simplicity underneath:

“Simplicity is very important in music. I didn’t always think it was. When I was younger, I thought it had to be super hard and difficult to make, that maybe that would be impressive. I don’t think whether something is impressive or not is important for music at all. If there’s too much information in the melody and composition, sometimes you will not understand it as intuitively.”

Intuition plays a role not only when composing but also when performing in front of an audience. To know where to go musically, he tries to be as immersed in the present moment as he possibly can: “The audience will feel that and will then have a chance to get into the music, and that energy will translate back to the performer, and then you will create a communication, a dialogue, an intimacy, and a relationship where you are both present. I think that feeling is the most human feeling you can have.”

Simon Littauer is a Danish musician and composer with live performance of modular synthesisers as a focal point in his work. Influenced by genres like breakbeat, IDM and techno, he explores how a performer interfaces with the electronic instrument. He designs his machines and systems to augment the flexibility and expressiveness with haptic controllers, custom-tailored samplers and stochastic compositional techniques.

Simon Littauer was interviewed by Morten Stampe Davidsen in his Copenhagen studio. 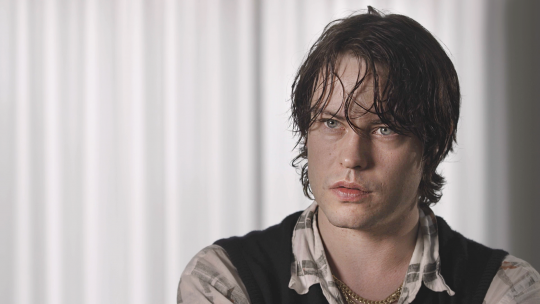 “Writing songs is a necessity for me”

Iceage
Writing Music Out of Spite