Danish photographer Thomas Bangsted spends months, even years, completing a single picture, creating what he describes as ‘photographic puzzles’. Come along as we follow him on a quest for the ideal setting. Read more …

“I like to see these pictures as a layering of time.” The idea of combining elements from the past, such as shipwrecks, with what seems to be abandoned landscapes of today, is at the core of Bangsted’s work. He makes the viewers question the reality of the large-scale photographs and presents them with a space where time has vanished through the many layers, leaving the observers with pure illusionistic existence.

A puzzle forms the bigger picture, but inevitably it also contains physical cracks: “If you look closely enough, you can see that something is not right – something is off.”

In the final picture of this video interview, Bangsted uses the famous cinematographic technique ‘Day for Night’. A technique used to simulate a night scene while filming in daylight, which creates an artificial nocturnal expression.

Thomas Bangsted (b. 1976) is a Danish photographer based in New York. He holds a Fine Arts degree from The Glasgow School of Art and Goldsmiths College, and has a master’s degree from Yale University. Significant works include ‘Salvage’, ‘Court’, and ‘Panzerkreuzer’. In 2014 he had a solo exhibition at the contemporary art gallery MARC STRAUSS in New York.

Thomas Bangsted was interviewed by Kasper Bech Dyg at his home in Brooklyn, New York and on location in Staten Island, October 2014. 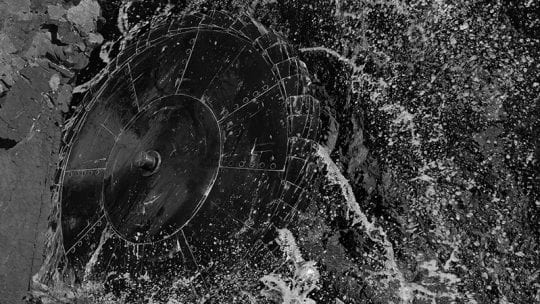