“For me to get involved with a new picture, it has to suggest a sense of impossibility at the outset.” Danish photographer, Thomas Bangsted, discloses how photographic obstacles is his great source of inspiration. Read more …

The disc didn’t exist, so it had to be built, which is exactly what Bangsted did, inventing an actual rotary disc for the picture. He then photographed the wheel from the exact angles that would make the water spin in just the right way, and combined it with what eventually proved to be the perfect waterfall, found in the deep woods of Wisconsin. This picture thus captures the essence of Bangsted’s artistic practice, combining past and present with invention and fact.

Thomas Bangsted (b. 1976) is a Danish photographer based in New York. He holds a Fine Arts degree from The Glasgow School of Art and Goldsmiths College, and has a master’s degree from Yale University. Significant works include ‘Salvage’, ‘Court’, and ‘Panzerkreuzer’. In 2014 he had a solo exhibition at the contemporary art gallery MARC STRAUSS in New York. 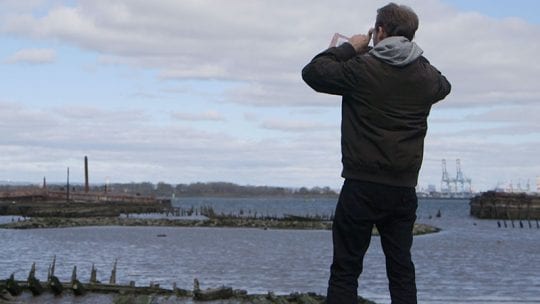