"It’s a fact that working with literature has been difficult in my country."

“Censorship is outrageous today, and you’re not allowed to mention many things.” Shahrnush Parsipur – author of the cult novel ‘Women Without Men’ – is considered one of Iran’s most important writers and has on several occasions faced imprisonment for her straightforward depiction of Iranian women. In this video, Parsipur speaks openly about being a female writer in Iran. Read more …

“It’s a fact that working with literature has been difficult in my country. Because until recently, Iran didn’t allow women to be active. And women were considered an object, not a human being.” With ‘The Dog and the Long Winter’ (1974), Parsipur became the second woman in Iran to have written a novel (the first being Simin Daneshvar with ‘Savushun’ in 1969), and she shares how becoming one of the pioneers of female literature created many problems for her. As an example, her 1989-novel ‘Women Without Men’ got her in prison twice because some of its scenes were considered un-Islamic. Parsipur was also the first Iranian author to write a science fiction novel, labelling science fiction Dastan-e Danesh in Persian. Science fiction, she finds, is a new form of mythology: “Old myths are reborn as science fiction in our time.” In continuation of this, Parsipur adds that female writers are no longer a minority, and that male as well as female authors are creating a new type of literature outside of Iran.

Finally, commenting on the growing number of wealthy people, Parsipur feels that “technology is shaping incredible plutocrats” and “unbelievable sizes of wealth.” In this, she adds, the role of literature is quite clear: “We must address these realities. And write about how to solve this problem. As writers, it’s our responsibility to be aware of poverty. To address it and maybe find a solution.”

Shahrnush Parsipur (b. 1946) is an Iranian writer. Her writing depicts the experience of Iranian women, which has often left her at odds with the authorities in Iran, where she has been imprisoned several times. Her short novel ‘Women Without Men – A Novel of Modern Iran’ (1989) takes up the themes of women’s oppression and sexuality and is considered a classic of modern Iranian literature, becoming an underground bestseller while still banned in Iran. The novel was made into a film by Iranian artist and filmmaker Shirin Neshat in 2009. Other novels include ‘On the Wings of Wind’ (2002), ‘Touba and the Meaning of Night’ (1989), ‘The Dog and the Long Winter’ (1974), and the memoir ‘Prison’ (1995).  Parsipur lives in exile in San Francisco.

Shahrnush Parsipur was interviewed by Nazila Kivi in August 2019 in connection with the Louisiana Literature festival at the Louisiana Museum of Modern Art in Humlebæk, Denmark. 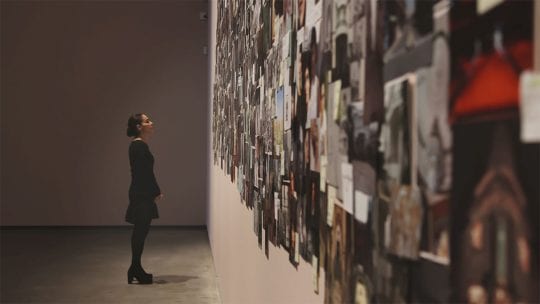 “I always say that if anyone is going to overthrow the current government, it’s the Iranian women.” 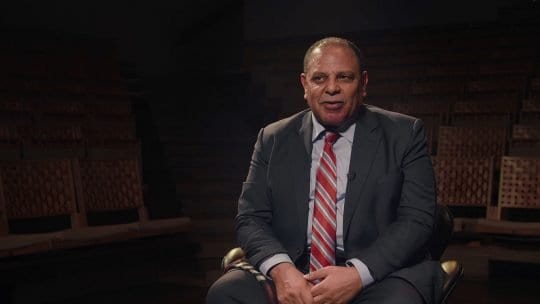 "They will fall one after another. Today, tomorrow, the next week … they are done."

Alaa al-Aswany
All the Arab Regimes Have Expired